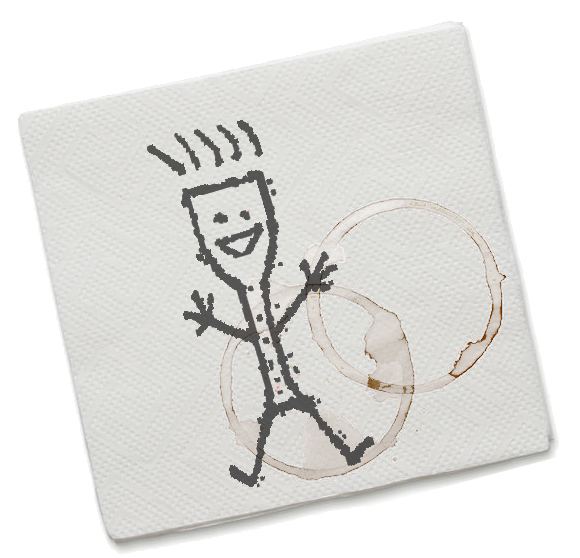 His name is “Paddleman.” During the 25 years since 1996 Paddle man has been the fun loving adventurous mascot of Ocoee Adventure Center. OAC is the whitewater rafting company of the Ocoee River.

Twenty-five years ago in 1996 the idea of Ocoee Adventure Center was only a concept. OAC founder Larry and his daughter Christine were traveling in Tucson and stopped at a Mexican restaurant for dinner. Larry suggested that the new rafting company needed a mascot. He suggested a mascot related to the river. Larry proposed something like an otter or a muskrat, for instance. Christine was just thirteen at the time and exclaimed "boring!" She whipped out a pen and quickly sketched a figure on a napkin. As a result, Paddleman was born!

Ocoee Adventure Center is the home of Paddleman

Paddleman’s scratchy persona reflects the rafting spirit of fun and adventure. In particular, he loves the exciting ride through the class III and IV rapids of the Ocoee River. In fact, he loves it so much he makes more time to play rather than racing down river. For this reason, his waving hair is reminiscent of the wild ride. His cartoon likeness prominently adorns our buses, rafts, and personal floatation devices. He is often the star of OAC’s email list and social media postings. Occasionally Paddleman announces discounts to his friends and fans that subscribe or follow. 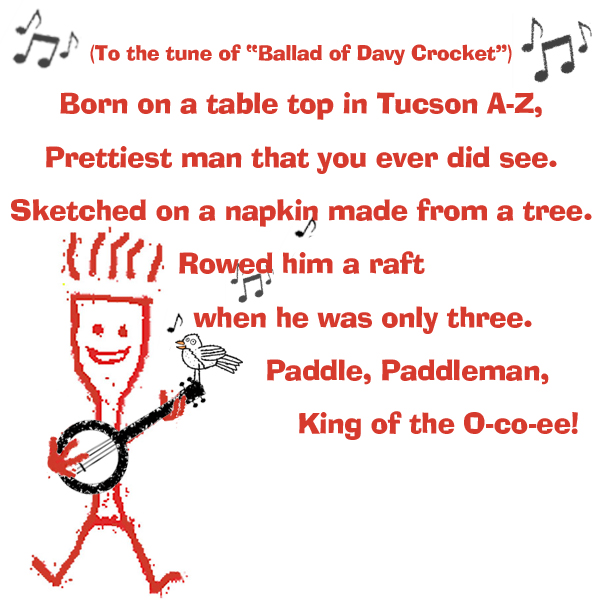 Paddleman reflects Ocoee Adventure Center’s spirit of keeping it light and fun, while still being serious about whitewater and customer safety. Come join Paddleman for a day of fun on the Ocoee River. 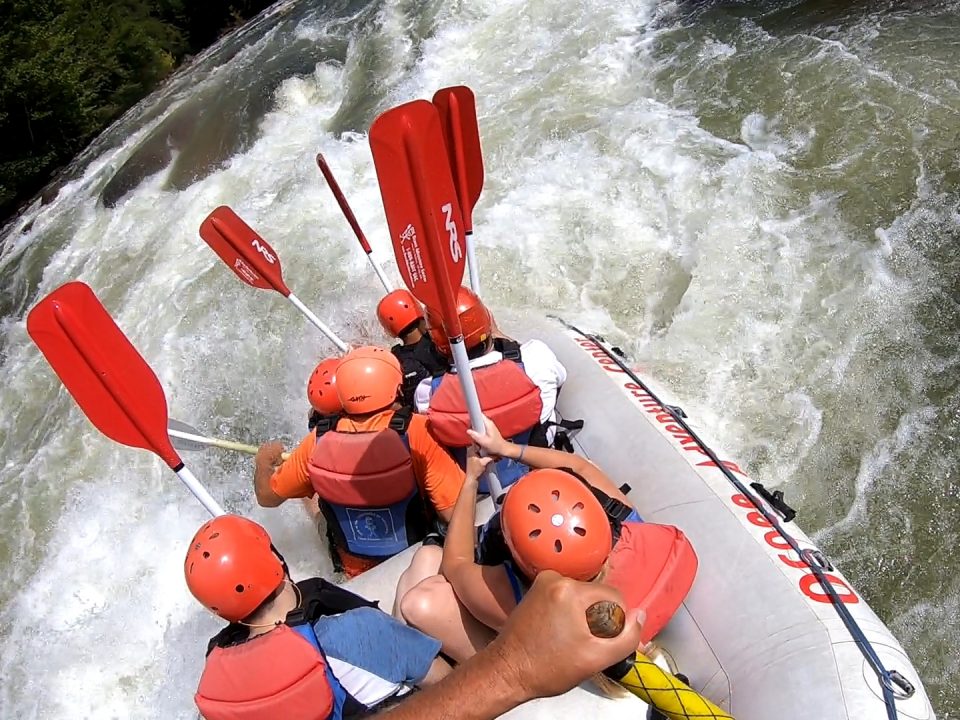 How long does it take to raft the Ocoee River? 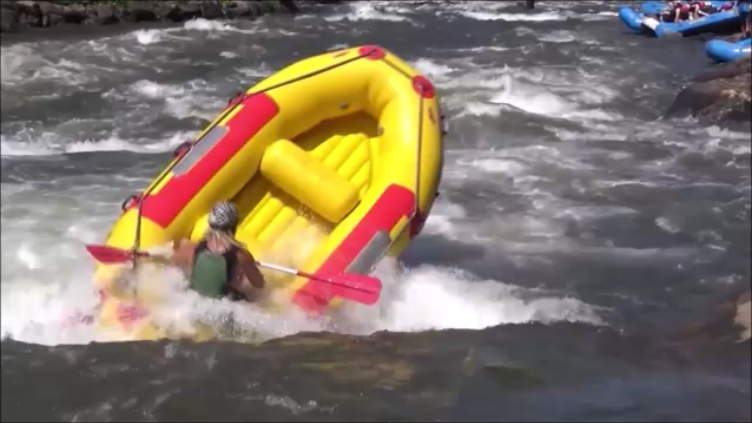 Tommy R1ing his new raft and playing in the holes.

What do Our River Guides do in Their Free Time? 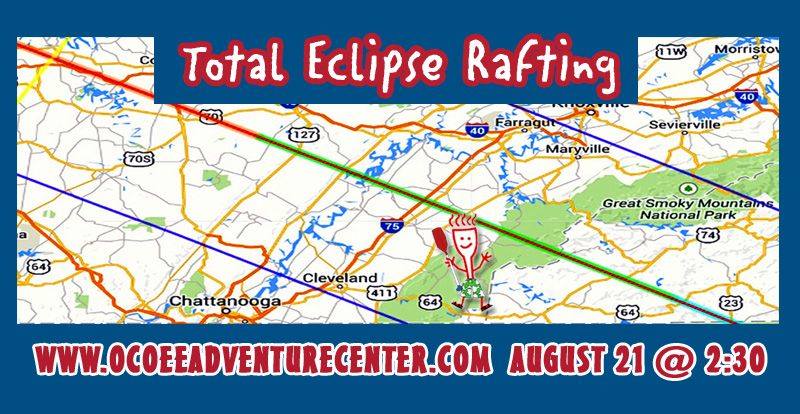